As the temperature rises steadily, wheat will enter the greening period. At present, the weeds in the wheat field are small, the overlap of wheat on weeds is less, and the liquid is easy to spray. It is the key period for weeding and weeding in the wheat field. To ensure the control effect, we must pay attention to ten points during the prevention and treatment:

Wheat with broadleaf weeds as the dominant species, 10% bensulfuron-methyl WP or 75% sulfonate dry suspension or 72% 2,4-D butyl emulsifiable concentrate; For the dominant species of wheat, spray with 3.6% methyl disulfuron-methyl suspension; broad-leaved weeds and grasses such as wheat are mixed with the grass, and 3.6% methyl disulfuron + methyl iodide can be used. Sulfonamide sodium salt dispersion granule spray.

Scientific compounding pesticides has a multiplier effect, but improper mixing is often prone to phytotoxicity. To this end, the relevant technical personnel must be consulted before mixing, and it is not allowed to be mismatched.

Third, pay attention to the concentration of liquid

Fourth, pay attention to the amount of liquid

Taking a conventional sprayer as an example, the amount of liquid used in the mu should generally be controlled at 30 to 40 kg, at least not less than 30 kg.

Regardless of which type of herbicide, it should be scientifically prepared according to the amount per acre and the amount of water per acre. First, it is formulated into a mother liquor, and then diluted twice. It is not allowed to add water directly into the cartridge.

Spring is the period of chemical herbicide weeding. Generally, wheat is the best time for chemical weeding, and the early control is not good. It is easy to produce phytotoxicity when it is too late.

Seven, pay attention to the timing of spraying

Choose sunny, no wind, daytime temperature is stable above 10 Â°C and no frost and heavy rain in 4 days, spraying time is 10~17 hours.

Eight, pay attention to the choice of medicine

Can not be used in windy weather, in order to avoid the drift of the liquid, causing phytotoxicity to nearby sensitive crops; if the temperature is too high or the cold wave comes, do not use the medicine to avoid the phytotoxicity of the wheat seedling itself.

Ten, pay attention to the watering time after the medicine

Do not flood the wheat field with water in 5 days after application to avoid phytotoxicity.

It is synthesized by advanced polymerization technology, which can effectively control the molecular weight of the polymerization product and ensure its good low temperature performance. It is recommended to be used for the formulating of high-grade gear oil and ATF automatic transmission fluid with high shear requirements. With high viscosity and temperature retention performance, it satisfies the low temperature Brookfield viscosity requirements. 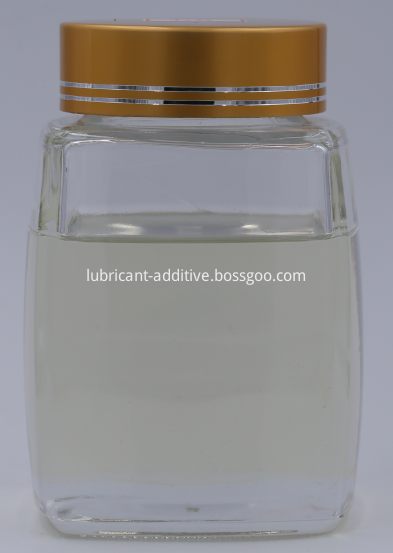